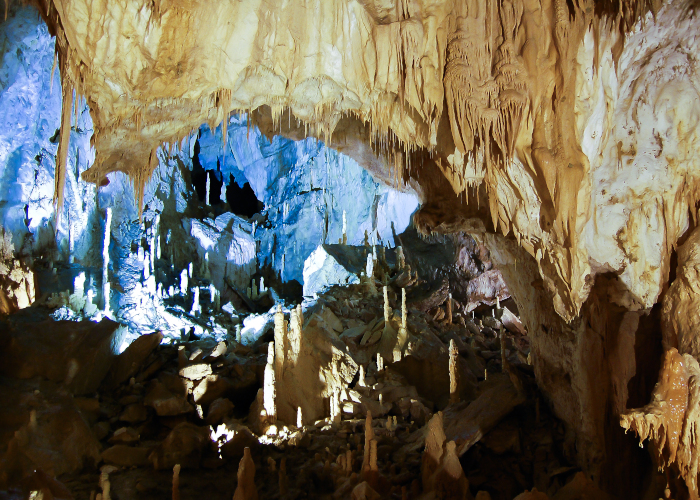 Let’s discover one of the richest areas of the Marche region. In Genga – in fact – these riches are present in the hills, in the hollows of the mountains, in the subsoil and in the dishes of the taverns. Indeed, the processing of some of the best typical products of Marche has remained unchanged over time in Genga. Hence these delicacies are easily found in all the restaurants in the area.

Our trip starts with the visit to the Frasassi Caves – the treasure of the subsoil formed by the incessant work of water and time. Over the millennia, limestone running on the rocks gave life to the famous stalagmites and stalactites, which decorate the caves. What do you say? Shall we go in?

There is constant temperature here(14°C all year) while space and time seem to expand because one loses the reference points. We have no idea neither how far the limestone formations are nor how high the first room we are in is: the Abyss of Ancona. Just imagine that Milan Cathedral could fit in here!

This magical place was discovered in the early 70s. Since then, the need to find their way within the tunnels and the strange forms of the concretions have led speleologists to “name” the stalactites and stalagmites of the Caves. For example, we can admire the Sword of Damocles, the Profile of Dante, the Slice of Bacon and the Slice of lard , the Organ Pipes , the Bear, and the Giants in the Abyss of Ancona.

After having admired the Frasassi Caves let’s take a short walk in the village of San Vittore. We are struck by the beauty of the Romanesque abbey standing with almost vertical mountains in its background, which swoop towards the valley of the Sentino river. There is a well-preserved Roman bridge near the Abbey with a beautiful gothic tower that guards it.

We are finally ready to leave for Genga- an area where the “orange flag” – an eco-tourist award is waving. The visit will not last long: the village is very small but well cared for. The position and conformation of Genga reveal its origins. The village stands on a high hill and is embraced by strong defensive walls of the rocks. Here – as promised – we taste some typical products of Marche: crescia (traditional flatbread) with grasselli (porkscratchings), pincinelle pasta, polenta with the wild boar sauce and salami of Genga (a variation of the classic ciauscolo of Marche).

Ready for the last stop on our trip? After a short climb up we reach the small temple of Valadier, nestled between the rocks of the valley. The temple stands at the entrance to a cave and is like a large pearl placed in a shell. The Living Nativity of Genga, the largest in the world, is organized right inside this perfect shell! This unique show comes to life every year on December 26th and January 6th. The Valadier temple deserves to be visited in any season, even in summer. The spectacle you see right before your eyes repays every effort. 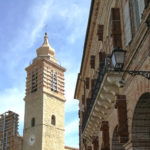 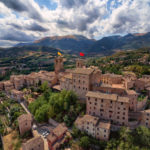 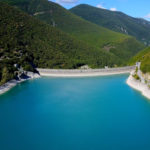